Dreadnought Building at the University of Greenwich is at the heart of campus life, providing a modern space for learning, teaching and social gatherings. PEFC-certified engineered timber was used for its modernization, making the building robust while giving it a warm and modern feel. 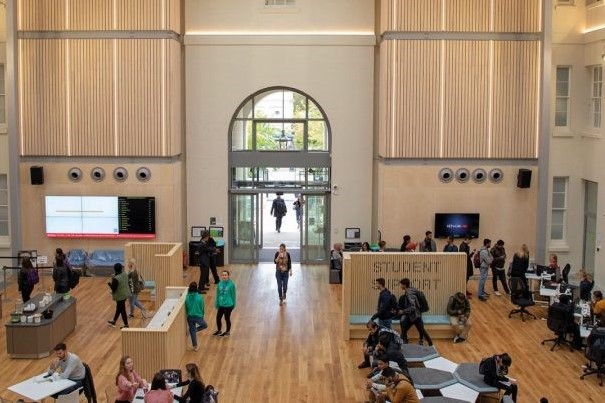 Originally constructed in the 1760s by Greenwich Hospital as its infirmary, the building was modernized and transformed into today’s Dreadnought Building, that opened its doors in September 2018.

The building retains its character and sense of history while providing a state-of-the-art hub with teaching and social spaces, gym facilities and a 500-person capacity bar.

B&K Structures were part of the team that restored and modernized the building, making it ready for its role at the heart of the University. The PEFC-certified timber was supplied by Binderholz and Rubner Holzbau.

Modern and strong thanks to PEFC-certified timber 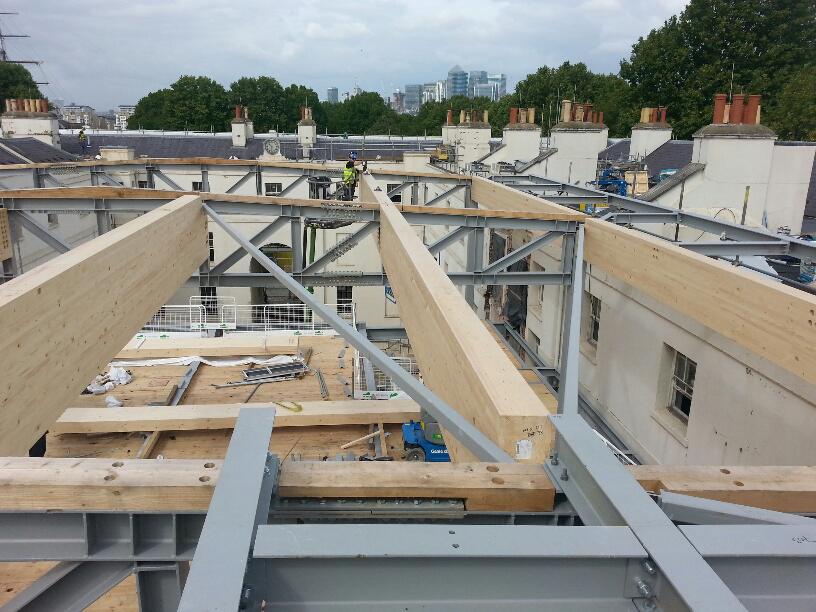 At roof level, there is a combination of white wood spruce glulam beams and insulated timber roof cassettes, with an accessible green roof for seminars and research. CLT panels and glulam beams provide high levels of strength throughout the structure, resisting sheer forces and carrying loads.

The installation and subsequent works were easier, quieter, and safer than traditional construction methods, reducing the number of personnel required to erect the superstructure by around 70%. The use of engineered timber systems also reduces the ongoing maintenance of the building. 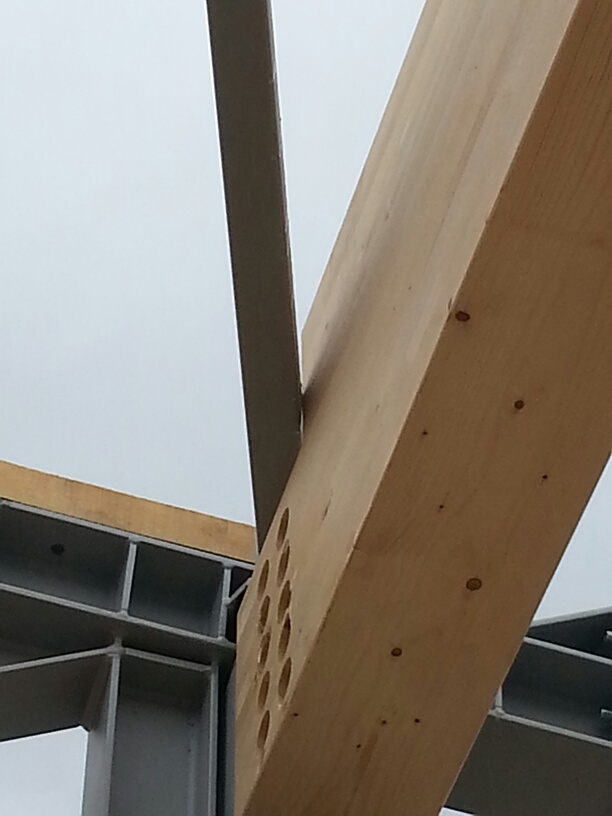 Typically, building with CLT is 20% faster than using reinforced concrete. Not only because of the speed at which the prefabricated elements can be erected, but also due to time savings in the later stages of construction. The accuracy of the finished structure, the structural stability, concurrent working, and the ease of fastening into timber, all contribute to these time savings.

CLT is becoming the material of choice for specifiers because of its inherent structural qualities, such as speed and accuracy of construction, airtightness, and carbon sequestration.

It is also gaining recognition from end users for its beneficial effect on the internal environment – particularly when left exposed. Exposed timber creates a natural, inviting, and calming environment, enhances acoustic properties and dampens sound, generating a peaceful space for effective teaching and learning.

Tomorrow’s Timber Talks – Towards the next building revolution